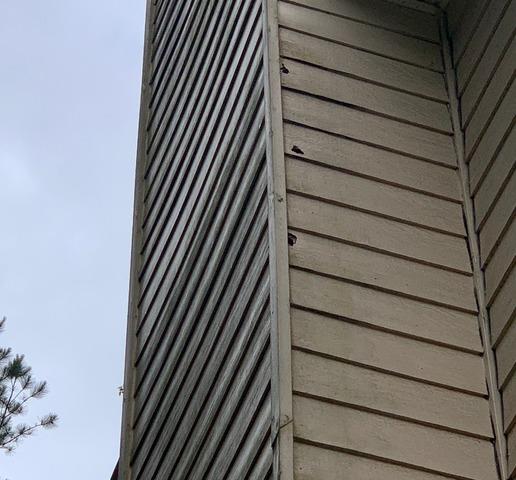 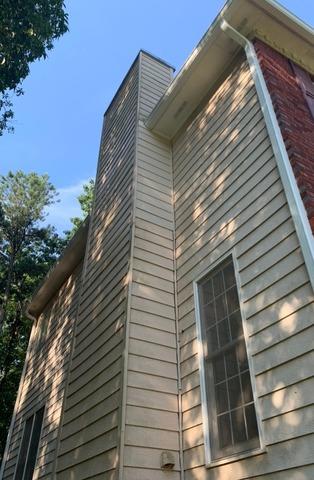 Mr. E had an issue with woodpeckers knocking holes in his chimneys siding. He did some research online to find a contractor who he felt like he can trust and that would help him resolve this issue. He found PGRS and met with his project consultant Steve. Steve listened to Mr. E’s concerns and proposed an option to replace the areas of siding that the woodpeckers kept going after with new Hardie fiber cement siding. During Steve’s inspection he found some other areas where the siding was starting to rot so he brought that to Mr. E‘s attention and Mr. E decided he wanted to go ahead and address those concerns as well. PGRS replaced all the damage siding and painted everything to match his existing siding. Now Mr. E’s homes exterior is as good as new!