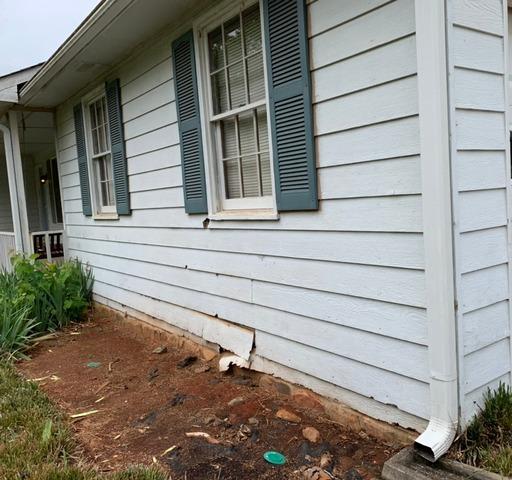 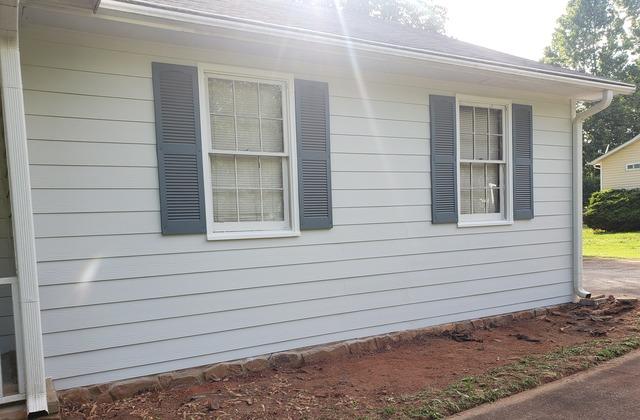 Mrs. S moved into her home years ago, and when she purchased the home she was notified of the Masonite pressboard Siding on the home. They had a recall years ago and the previous homeowner took the money and painted the home instead of replacing the siding. Years later now the old pressboard has gotten brittle in several areas. The main concern was on the front of the home where the siding had completely fallen off below a window. She called PGRS to come take a look and met with Jose her project consultant. José met Mrs. S and asked her what her concerns were. She explained everything to Jose and mentioned the recall and what the previous homeowner did with the money. Jose began his inspection after listening thoroughly to Mrs. S. José determined the old siding was installed incorrectly. Due to this issue, the only solution was to replace the entire wall. José explained to Mrs. S the issues with the job. He suggested replacing the siding on the wall with fiber cement, so she doesn’t have any further issues with any rot. She agreed with the solution and decided PGRS was the company to do the repairs. She now has new fiber cement siding on the garage wall that was painted to match the rest of the home