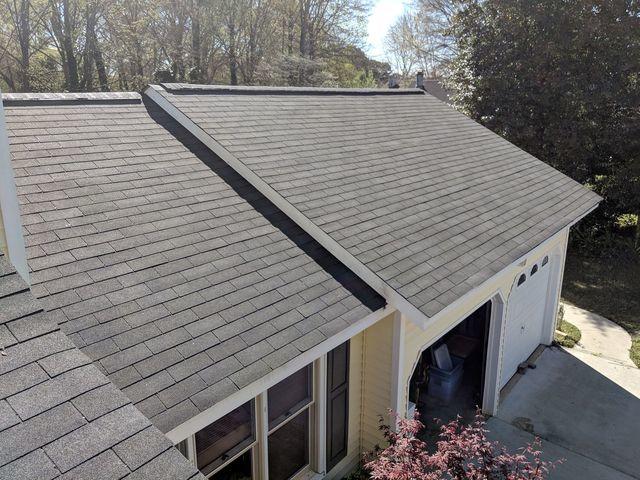 Jim is ready to replace his 15 year old roof and gutters. He contacted several roofing contractors, 3 of which are Owens Corning Platinum Preferred Contractors. T.J. met with Jim and got crystal clear on what he was looking to have done and began his inspection. Jim had a previous engagement and had to schedule going over everything later in the week. Jim seemed happily impressed that the price was less than what he had budgeted, but also that T.J. had included 10 sheets of roof decking based on what he saw in the attic and how the roof felt when walking on it for the inspection. Once Jim discussed things with his wife, they decided that PGRS was the right contractor for them. They will have a new worry-free Owens Corning Supreme Roof System in Onyx Black and a new gutter system with Leaf Free gutter protection that they'll never have to clean out again.