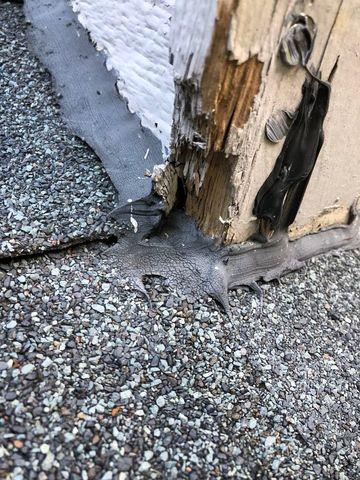 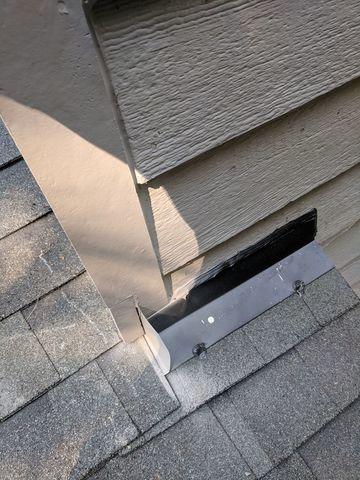 Mr. H reached out to PGRS because we have done work for him in the past! He expressed that he was experiencing a leak in his covered back porch! We sent one of our Project Mangers, Jose, out to complete an inspection. After his inspection he determined the LP siding on his home was touching the roof line and caused it to swell and rot, in return causing deterioration on the siding leading to it crumbling and exposing an area for water to get behind and run into the porch! PGRS completed the roof repair, added some new flashing and now Mr. H won’t have to worry with this leak any longer!