Mr. C had some gutters that pulled loose, an aged roof, and some windows that have cracked and fogged. During the inspection T.J. discovered that Mr. C had some storm damage to his roof and advised him to call his insurance claims department. T.J. also found the reason for the gutters coming loose was due to them being full of debris, overflowing into the fascia, and rotting the fascia board behind the metal capping. T.J. showed Mr. C all the pictures and explained in detail how the different trades of work would be completed. Mr. C had to discuss things with his wife before making any decisions. T.J. came back out to meet the insurance adjuster and discuss the next steps with the claim. The insurance is going to cover the roof, and Mr. C signed up to get the windows, fascia, gutters, and gutter guards going while waiting on paperwork from the insurance company. Mr. C will never have to worry about his gutters overflowing again and causing any wood damages. He will also have lifetime warrantied, energy efficient windows on the rear of his home to replace the bad windows.

Mr. C wanted the double windows on his home replaced, because they are placed in rooms they are frequently in and he's tired of feeling a draft come from the windows! 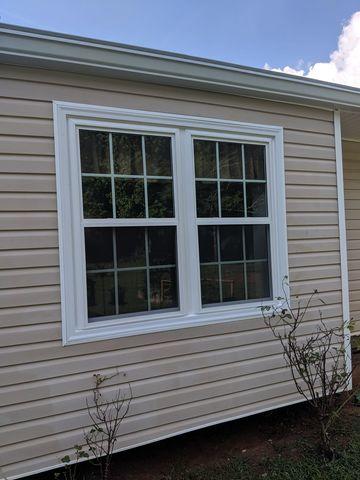 After their electric and gas bill being increased, they truly felt it was from the failing windows. With their new windows though, they are completely energy efficient and Mr. C can look forward to lower energy bils!

These windows are in the master room. 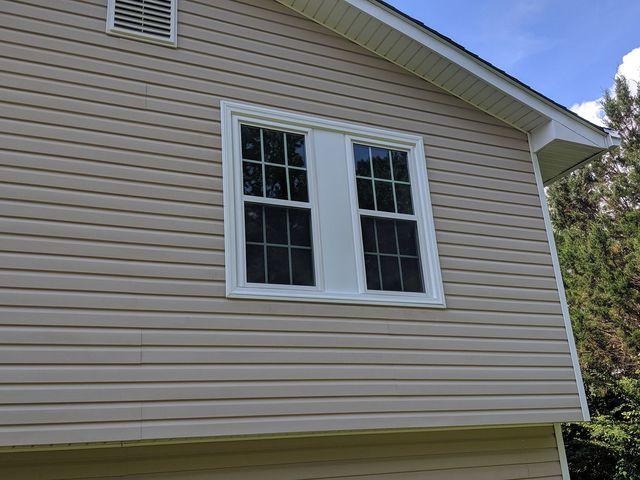 And now they are good as new!!