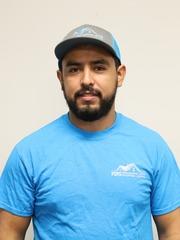 Francisco Galaviz lives in Lawrenceville, GA and is one of our Roof Installation and Repair Specialist.

He has 10 years of roofing experience and has been working with PGRS, Inc. for 2 years. He oversees many of our roof replacement jobs, checking the progress throughout the day and handles any repairs we send his way.

When Francisco isn’t on the job site, he likes spending time with his kids at the soccer fields.

Before and after photos from jobs I've worked on:
Back to Previous Page Back to Meet The Team