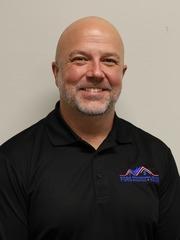 Steve Shows is a Project Consultant for PGRS. Steve has over 14 years of experience in the home improvement industry and over 20 years in customer service.

As a Project Consultant, Steve provides detailed analysis of home improvement and repair projects, storm damage inspections, insurance claim consultations, detailed written estimates, and product knowledge advice on a daily basis. In his free time, Steve enjoys spending time with his family and daughters Baileigh and Danielle, playing golf, corn hole tournaments and volunteering at his church.  Steve has a very outgoing personality, and loves the satisfaction he gets from helping homeowners complete their home improvement projects.

Customer Reviews
About Me
View all Reviews
Testimonials
from customers I've helped!

Leak Around Your Window? Check out how PGRS can...

Major Exterior Improvements to This Powder...

Griffin, GA Multiple Leaks Experienced in...more »
Moreland, GA No more wildlife in the...more »
Woodbury, GA Roof Repair in Woodbury, GAmore »
Before and after photos from jobs I've worked on:
Back to Previous Page Back to Meet The Team