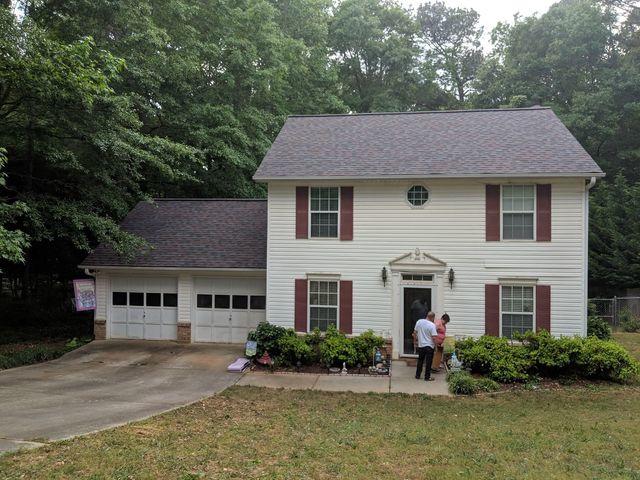 Mr. B has a roof that's at the end of its useful life. Upon inspection, T.J. discovered some areas of bad decking, less than adequate ventilation, and some plumbing pipe boots that were deteriorated. Since Mr. B drives a truck for a living and is rarely home, T.J. went over the roof materials and installation with Mr. B's sister and son. Mr. B called T.J. on Saturday to discuss the details and other quotes he had received. In the end, Mr. B chose to go with T.J. and PGRS because of the attention to detail and customer service that he was already getting in the beginning. Mr. B chose the Owens Corning Duration Roof System in Merlot, with the 50 Year Platinum Protection Warranty. He'll never have to worry about his roof for the rest of his life.